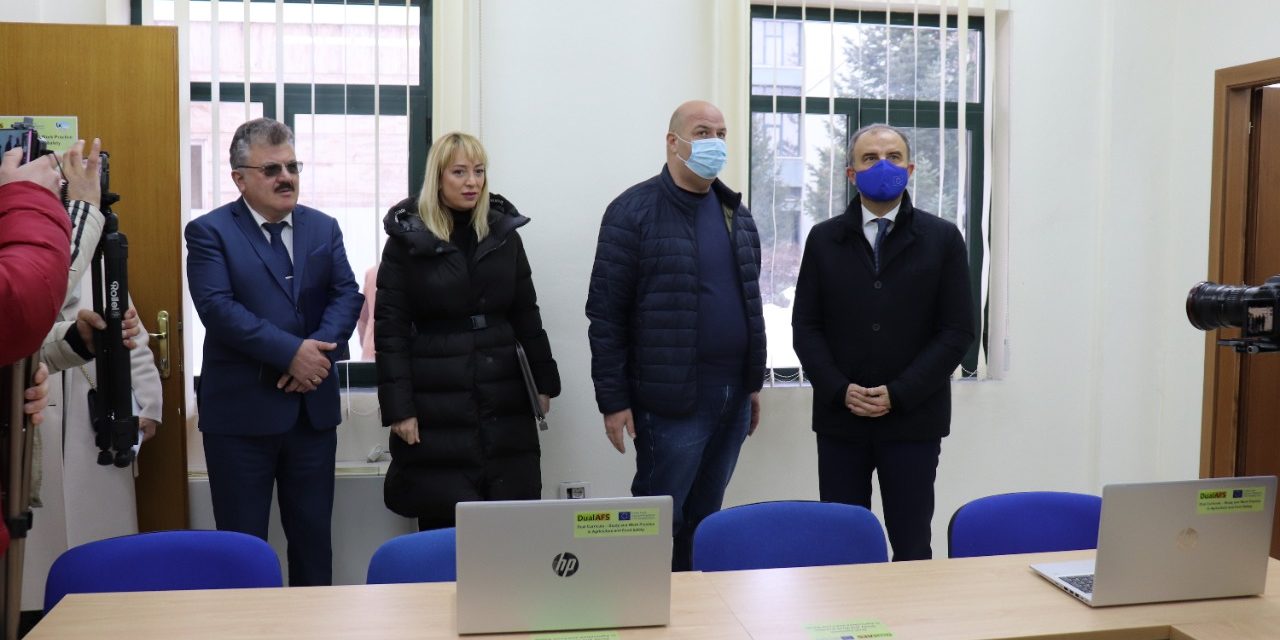 On 7th of February 2022, EU Ambassador to Albania Mr. Luigi Soreca chose “Fan S. Noli” University to launch the campaign for agriculture and rural development “Europe is Here 2.0” in the presence of the Minister of Agriculture and Rural Development, Mrs.Frida Krifca, as well as teachers and students.  During this visit he was received by the leading authorities of the university, where he was informed about some ofthe projects developed in the framework of ERASMUS + Program.  He visited some of the centers established at Fan S. Noli University.  On this day, the inauguration of the Hybrid Classroom established by the “DUALAFS” project No. 619178-EPP-1-2020-1-DE-EPPKA2-CBHE-JP coordinated by Nuertingen-Geislingen University, Germany, implemented at our university, was also inaugurated. The Hybrid Classroom was designed with the help on the Savonia University of Applied Sciences, Finland. AmbassadorMr. Soreca, also accompanied by minister Mr. Krifca, were introduced to the way of functioning of the Hybrid Classroom, where they also talked online with the students for the first time during the inauguration, wishing them good luck during the examination season.

You can watch the video here.

DualAFS meeting in Korca, Albania – exchange of experiences and ideas on the integration of practice in agricultural study programs
September 20, 2022

Mobility of teaching staff from “Fan S. Noli” University of Korca at the University of Nueringen-Geislingen, Germany
June 17, 2022

No comments to show.
Go to Top