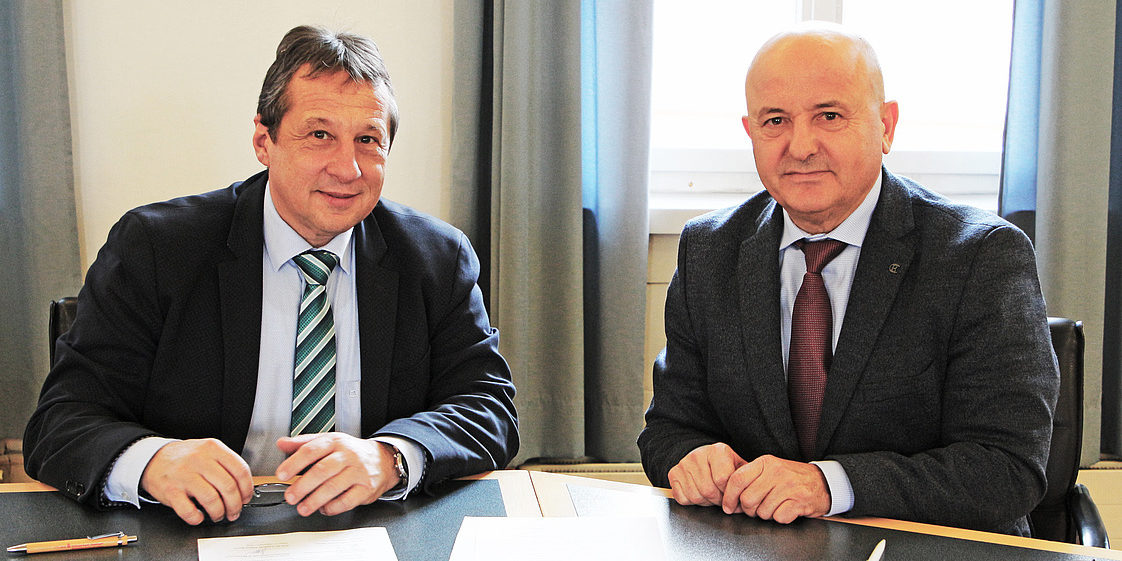 Under an Erasmus plus CBHE project, which is led and coordinated by the HfWU, in co-operation with AUT and other partner universities from Albania and Kosovo, study programmes in the field of agriculture and food are being reformed, with the aim of integrating them with the practice. Consequently, two study programmes have been developed and are being implemented at AUT and the University of Korca.

Rector Sallaku and his delegation also visited the Institute of Agricultural Mechanization, hfWU Experimental Station. They were closely recognised with the direction of the study by the stable economy of agriculture and food, as well as with teaching and scientific research in the field of animal sciences at HfWU.

DualAFS meeting in Korca, Albania – exchange of experiences and ideas on the integration of practice in agricultural study programs
September 20, 2022

Mobility of teaching staff from “Fan S. Noli” University of Korca at the University of Nueringen-Geislingen, Germany
June 17, 2022

No comments to show.
Go to Top